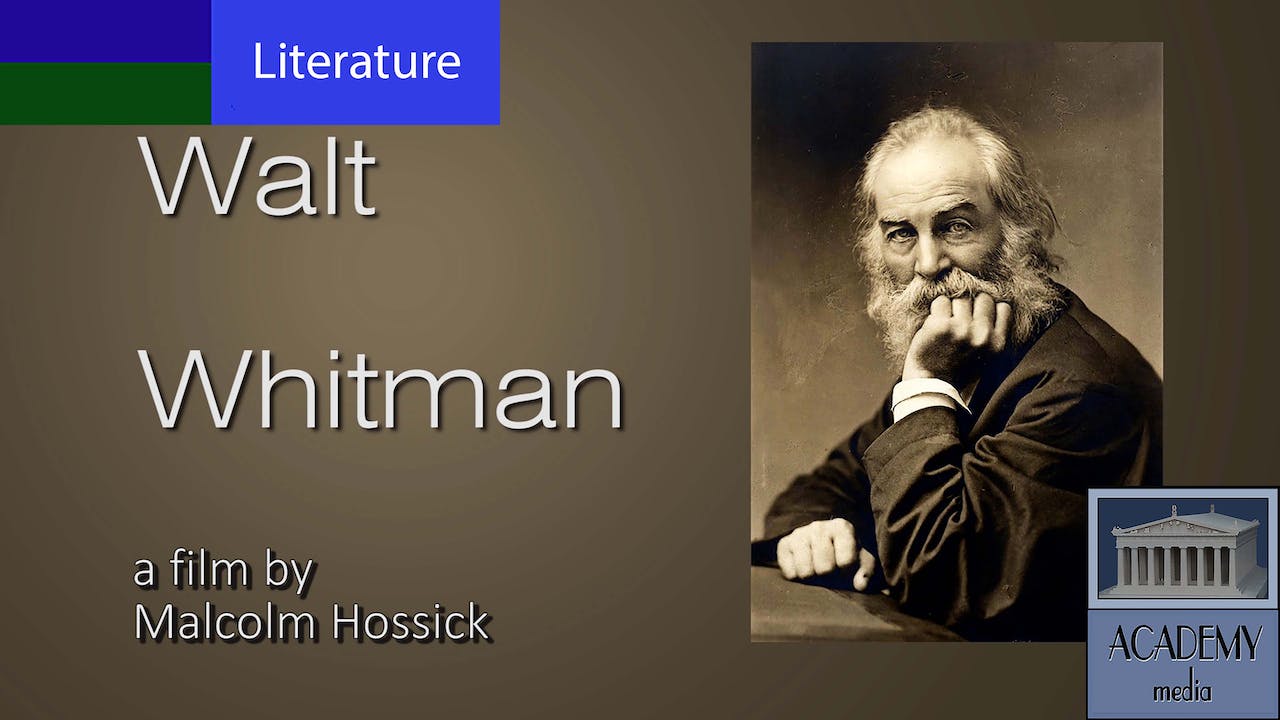 Whitman - poet of the American spirit

A taste for writing poetry was not something easily digested in the rough and ready and very manly (as the majority saw it) United States of the middle of the 19th century. But Walt Whitman was a resolute and tenacious person who in spite of prevailing prejudices published his most famous book of poems "Leaves of Grass" in 1855 and gradually grew a reputation for both grit and beauty and became the poet of the age. He had a very distinctive and easily recognisable style and did much to push the boundaries of how poetry works. He died in Camden New Jersey in 1892 already recognised as one of the outstanding voices of the American spirit. The film by Malcolm Hossick sympathetically covers his life and background and is followed by an overview of his work..AM030HD17 WHITMAN