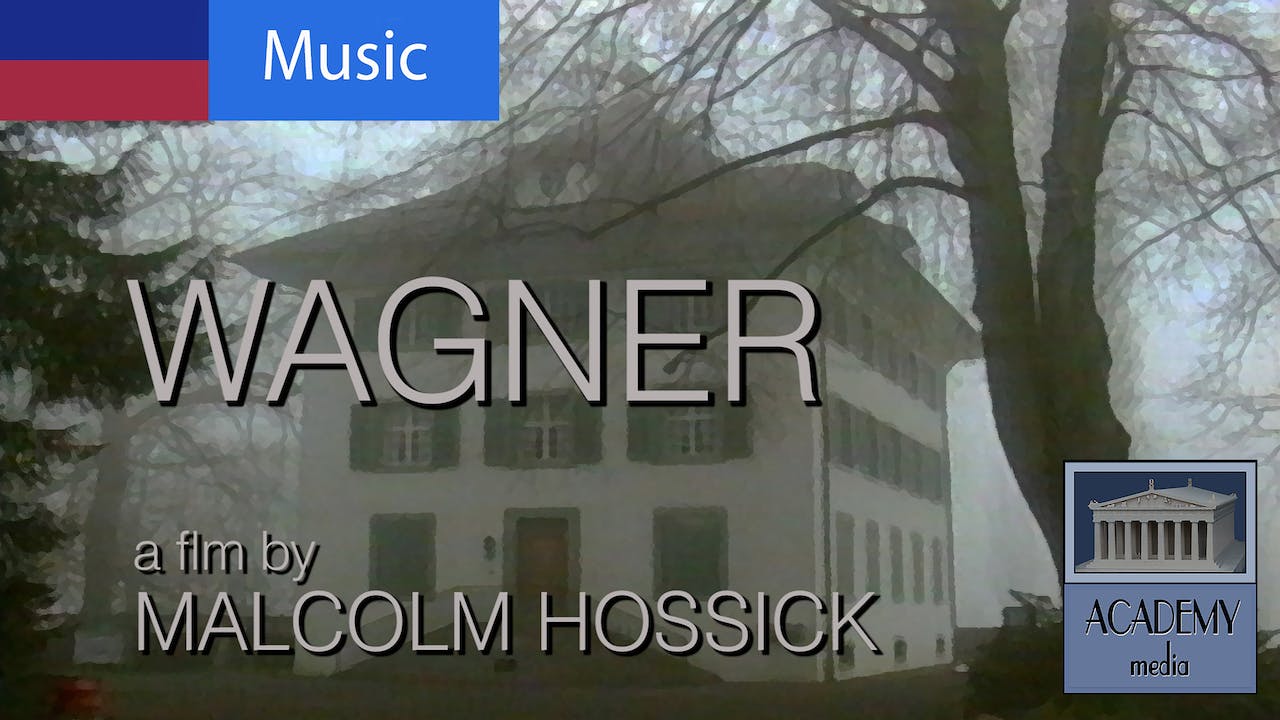 Wagner was born in Leipzig into the family of a government official. However his father died only a year or two later and his mother remarried. His stepfather was an actor in the theatre at Dresden giving Wagner an exceptionally vivid experience of the theatre which was to be the basis of his great series of music dramas. He had immense natural musical gifts and a huge ego which carried his massive operatic projects through. He had forthright views on many topics of the day which he was not slow to air and this has brought much opprobrium on his head. What is not in doubt is the massive contribution he made to music development. The film traces his eventful and colourful life and the advances of his music making and is followed by an overview of his compositions. AM078HD20 Wagner 2020 35'29