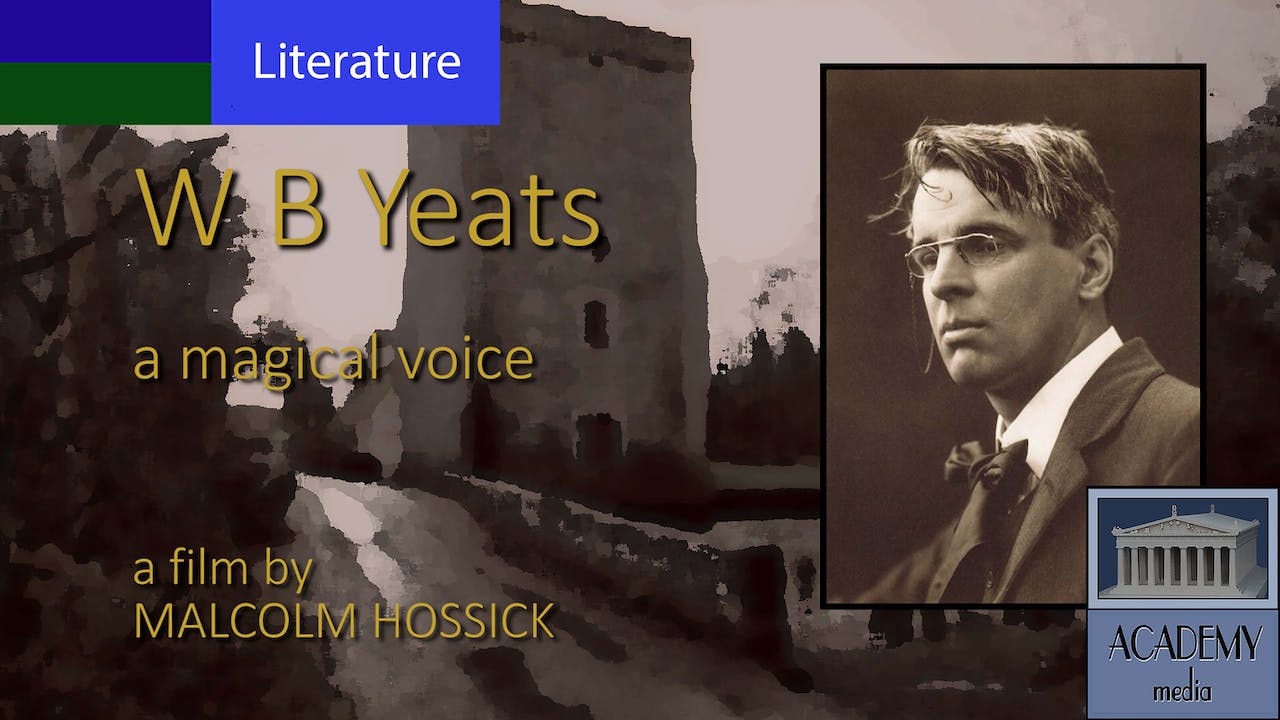 W B Yeats - a magical voice

William Butler Yeats was born in Dublin, Ireland. His father was a successful artist and from an early age Yeats determined to be and was soon accepted as a poet. On the London literary scene he became a leading light and in Dublin was instrumental in setting up an Irish Theatre. He became the recognised poet of the Irish struggle for freedom and ended his long life as a senator and venerated patriarch of the new state. A few lines of Yeats and it is clear that he was one of this rare individuals who could write poetry almost as simply as he could breathe. This intriguing film traces his productive life against the unusual background of the Irish struggle for independence. It is followed by a brief overview of his works. AM102HD21 YEATS 2021 33'43