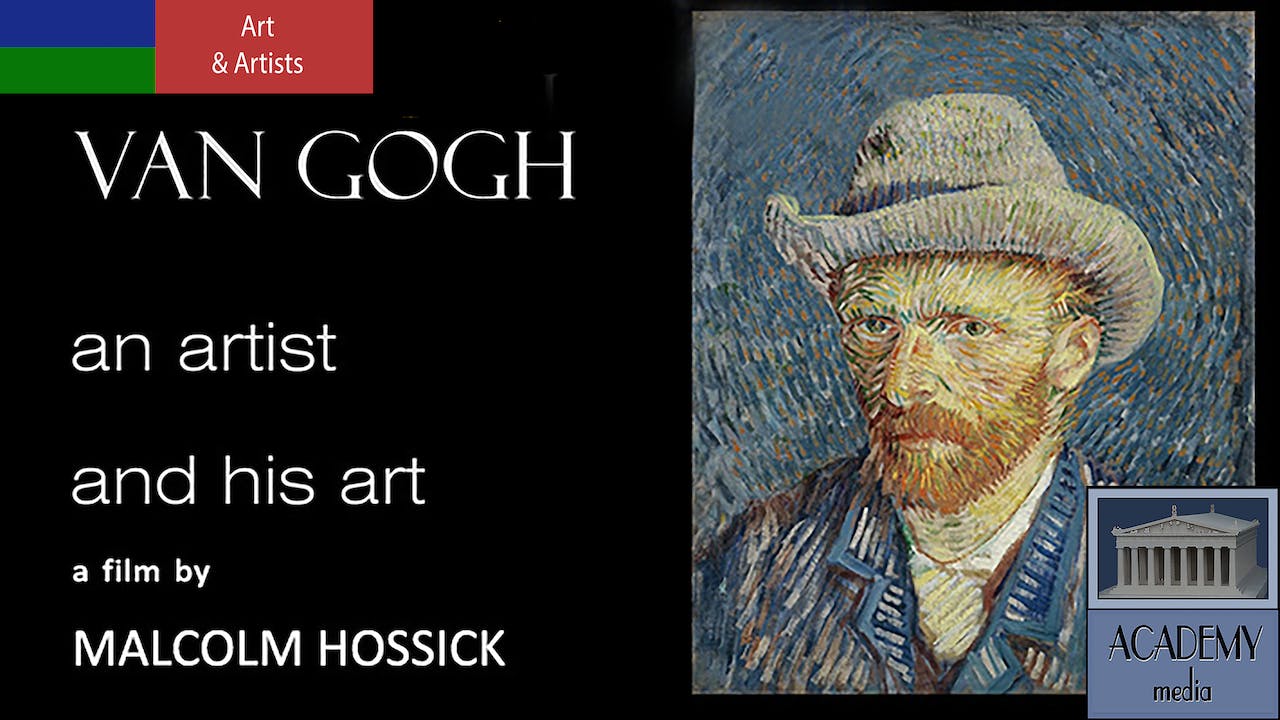 Van Gogh - an artist and his art

Vincent van Gogh was born in 1853 the 5th child of a respected Dutch Protestant priest. Largely self taught he only settled on becoming an artist in his late twenties. He was very practical and knew the difficulties of what he wanted to do. He suffered from depression but in a working career of a dozen or so years he produced some of the best loved paintings of any age. This film by Malcolm Hossick introduces some of his greatest works and through some of the letters he wrote to his brother and friends we learn of his approach to his work. Uncomplicated, astonishingly talented and extraordinarily confident Van Gogh was a master of his craft and a great believer in human worth. He produced work which touches the heart of all who see it and the film is a celebration of the man and his art. dur: 30 mins