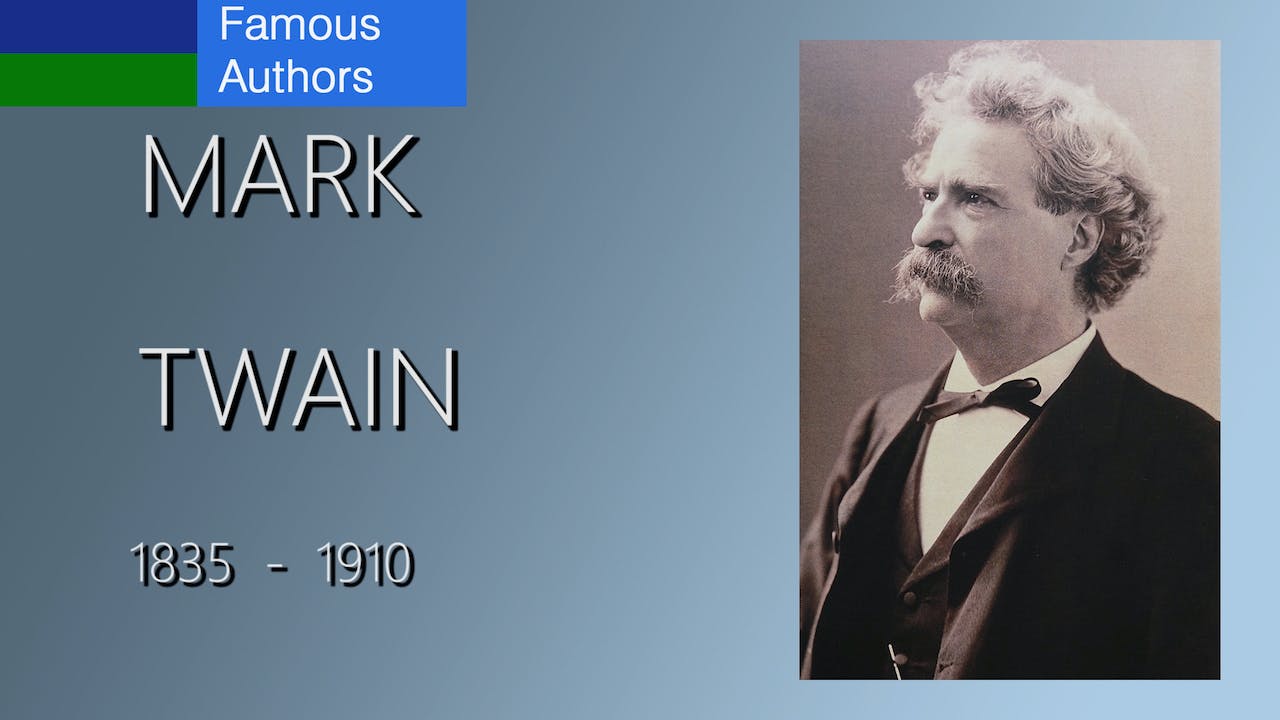 Mark Twain 1835 - 1910
Mark Twain was born Samuel Langhorn Clemens in the small town of Florida Missouri. When he was four his parents moved the family to Hannibal, a larger town not far away on the banks of the Mississippi river. There he had an idyllic childhood which was to form the basis of some of his later novels. He began life as a river pilot then became a gold prospector. He finally began writing under the name Mark Twain and achieved immense success with a wide range of novels and essays on every topic under the sun. He was irreverent and funny, optimistic and charming and unsurprisingly this film by Malcolm Hossick of his hectic and fascinating life is equally rewarding .