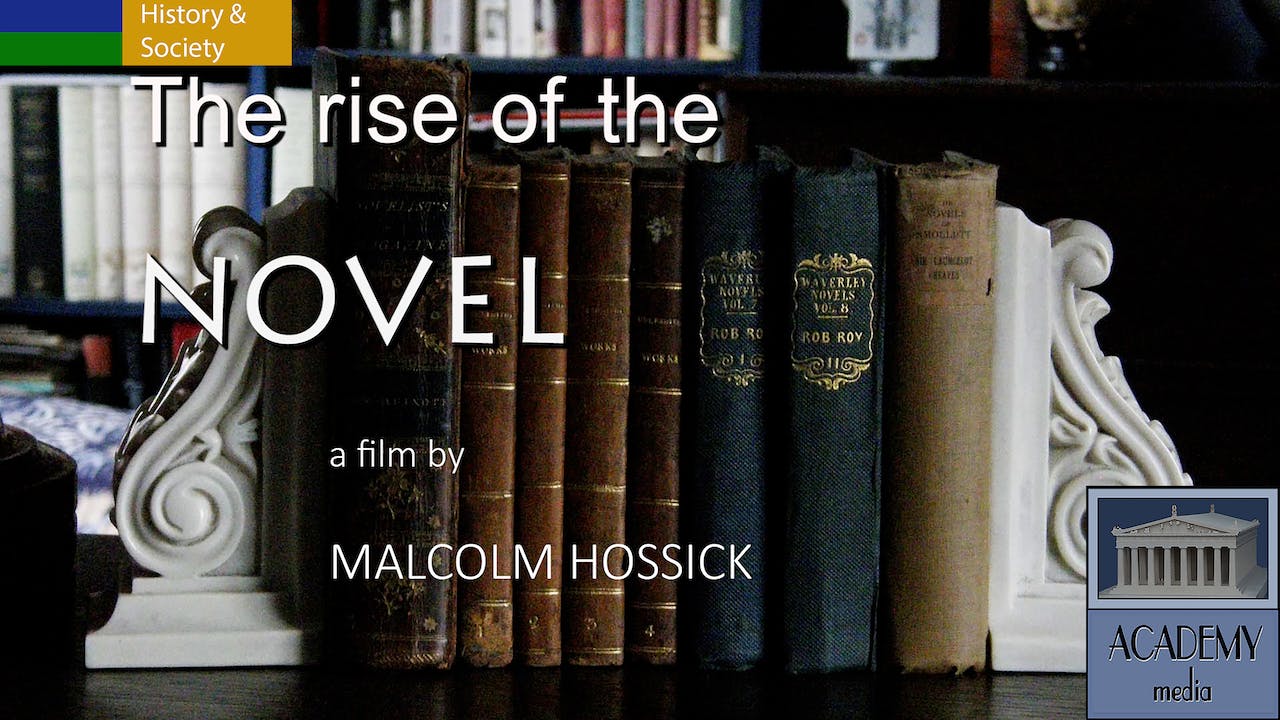 The Rise of the Novel

This half hour film considers how the novel came into being and why it is so important for humanity. In most modern societies the novel is ubiquitous but it is a relatively recent development in human affairs and in the view of film-maker Malcolm Hossick, as a means of opening up the individual to a better understanding of his or herself, it is unbeatable. So much so that dictators who want to remain dictating to their fellows, have very often tried to shut the novel down on the grounds that it makes people too reflective and independent. The film explores its development and the vital effect it has on modern society and the individual.  AM059HD16 Novel 2016 31'40