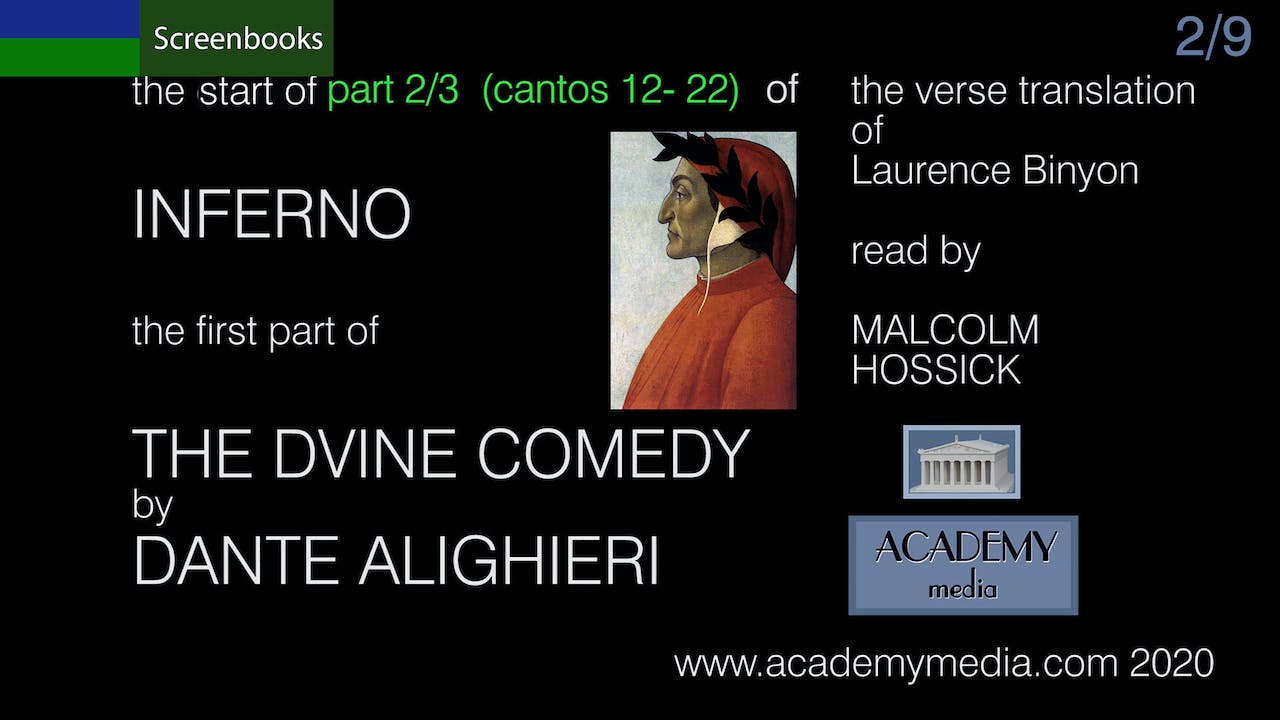 Inferno part 2(Cantos 12 – 22)The grizzly experience of Hell continues. It's dramatic and terrifying, with horrible creatures flying around and people suffering dreadful agonies, again and again, perpetually. Dante doesn't mince words. All the concupiscence, calumny and treachery of humanity is laid bare. People try to excuse themselves, explain where they went wrong. Dante is often sympathetic to their sufferings and Virgil has to explain things and prod him along. Their way is long and hard and presents a grim picture of humanity and its doings. In Canto 19 for example he meets the simonists who are buried head down in holes with their feet in the air, their soles on fire. They falsely sold the bones of animals to unsuspecting folk claiming they were the bones of saints which would bring them succour of some sort. It's not a pretty picture. AM106SB20 2020 dur: 2hrs 3 mins