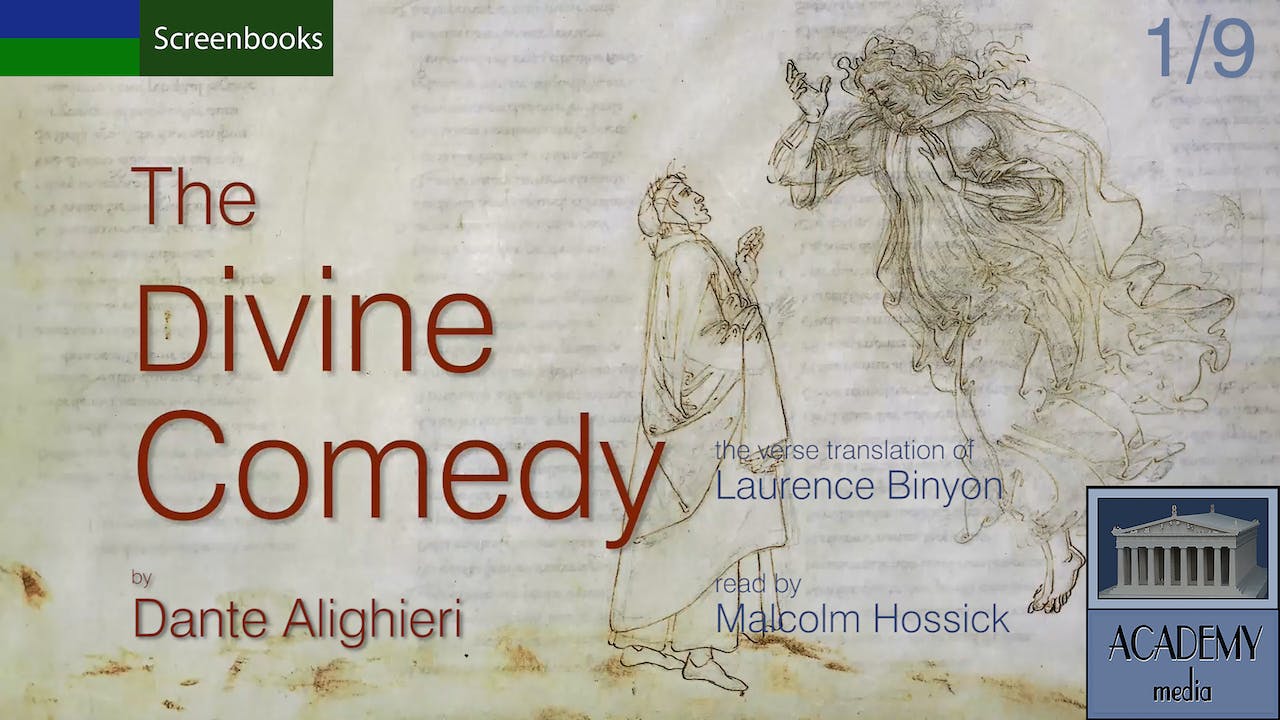 The Inferno part 1 (Cantos 1 – 11) 1/9 – Hell, is the first of the three parts of Dante's poem and in it he begins his visit to the underworld.. At first he finds a group of people who lived before Christ, the founder of Christianity. They are in a place called Limbo. It's not hell, but it's not heaven also. It's an inbetween, uncertain place. In particular he finds the Roman poet Virgil who becomes his guide. They are soon at the bottom tier and they find there all the people who have been cruel and evil in their lives suffering the terrible pains and torments their religion told them they would if they led sinful lives. He makes no judgement on all this - he tells it as people would expect it to be. We meet people well known in his day who tell him of their agonies Together in Canto five for example they meet the doomed lovers Francesco da Rimini and Paolo Malatesta. Dante is so overcome by their tale that he faints. In Canto 10 is Farinata a political leader in Florence whose doings caused much distress to many. Deftly Dante lays before us the confusions and contradictions of the judgements we humans make about our fellows. AM082SB20 2020 dur: 2hrs 13 mins