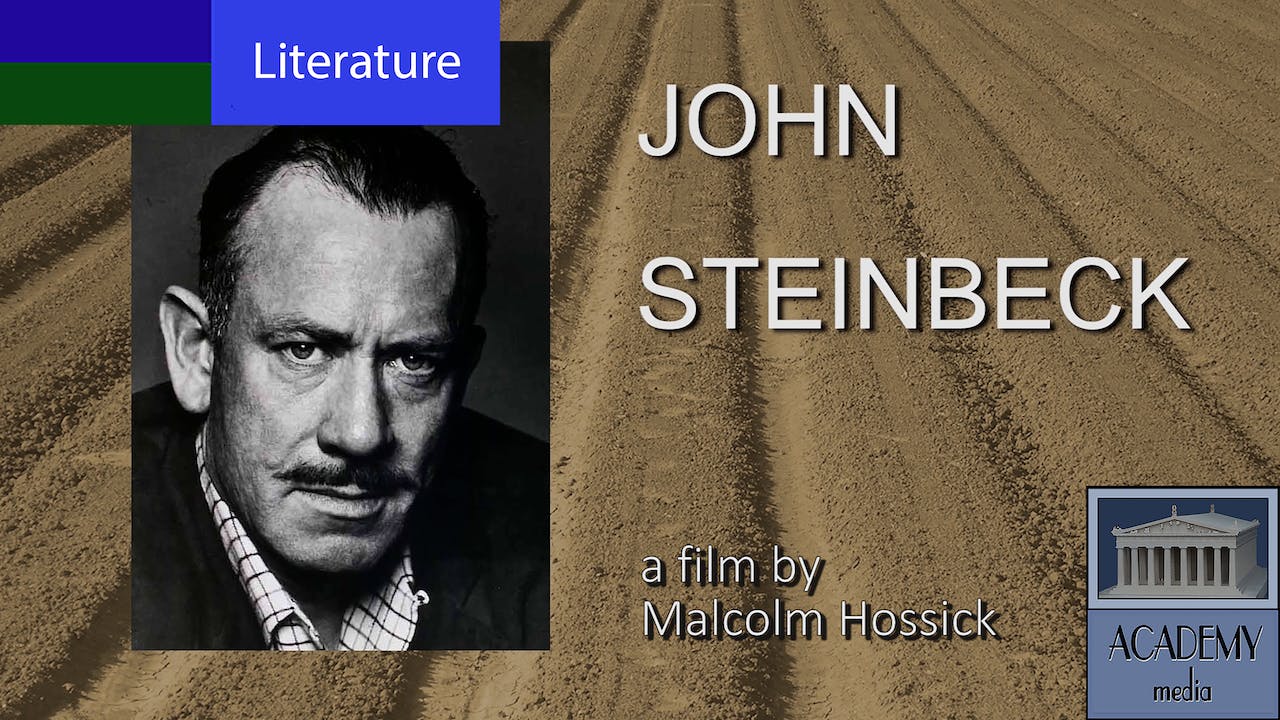 John Steinbeck was born in Salinas California in 1902. He studied literature at Stanford University and developed an unremitting commitment to novel writing. Few who knew him would argue that he was also a very difficult person to get along with, having decided views on things and confident in his own judgement. Feebler spirits would have buckled under the heavy disappointments he had over his early work but when success came it was sure and long lasting. You could argue that Steinbeck was meeting the needs of a new nation keen to find its own spirit, its own identity. His first novel was published when he was twenty seven. After a long and colourful literary life he was awarded the Nobel Prize for Literature in 1962. The film follows sympathetically his interesting career and tries to plumb the depths of his success. It is followed by a brief overview of his work. AM027HD17 STEINBECK 2017 39'14