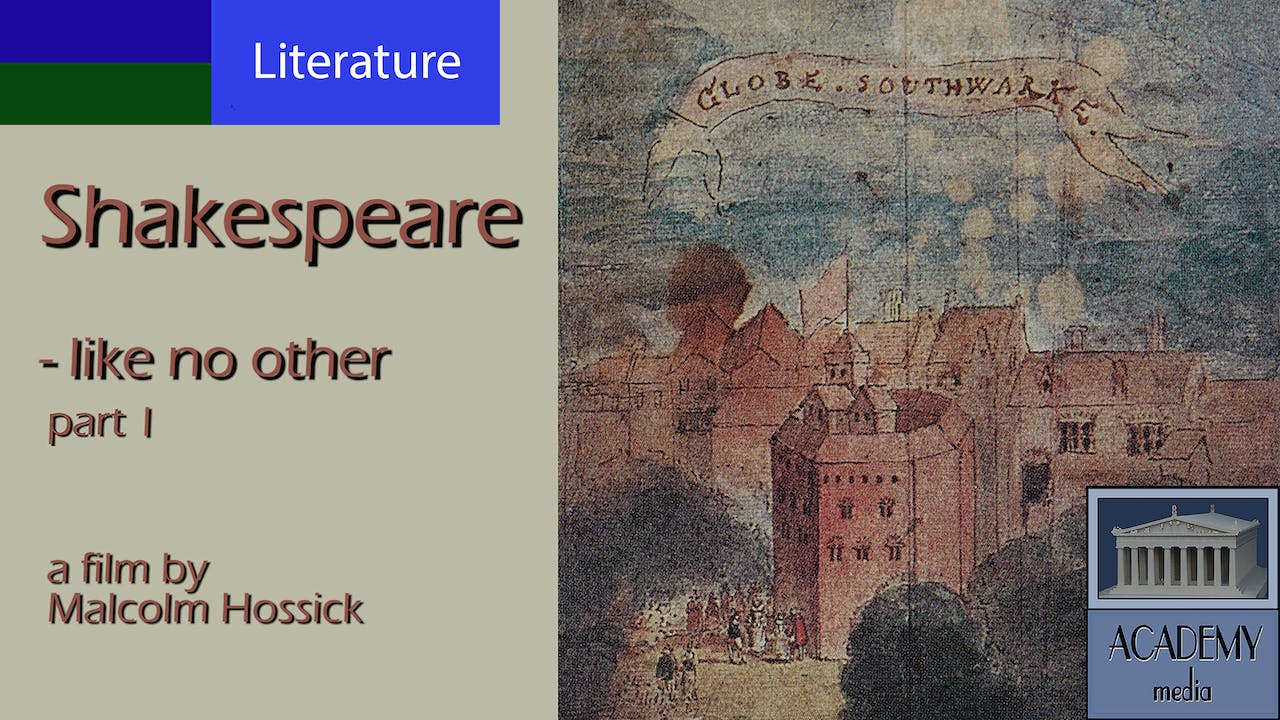 The film takes the form of a 2-part documentary by Malcolm Hossick. It's not too much to claim that the English playwright Shakespeare is the best known figure in world literature.    His works have been translated into every known written language on earth. English for various reasons has become the language of business and international politics. Shakespeare contributed so much to the development of the langauge that learning more about him can only be a benefit.
It's the plots and the way Shakespeare handles them that get people interested. Operas and films have been made of them. There is hardly a topic in human relations that he doesn't touch on and open up in ways that anyone anywhere can relate to. But he is no preacher. He makes people laugh out loud and clutches their hearts in sympathy. Ah yes we say. That's the way things are! Part 1 of this film explores how Shakespeare grew up and was educated, got to where he did and in particular found a place in the remarkable society in which he found the space and tolerance to write his plays. AM103HD21 SHAKESPEARE – LIKE NO OTHER part 1 2021 38'22