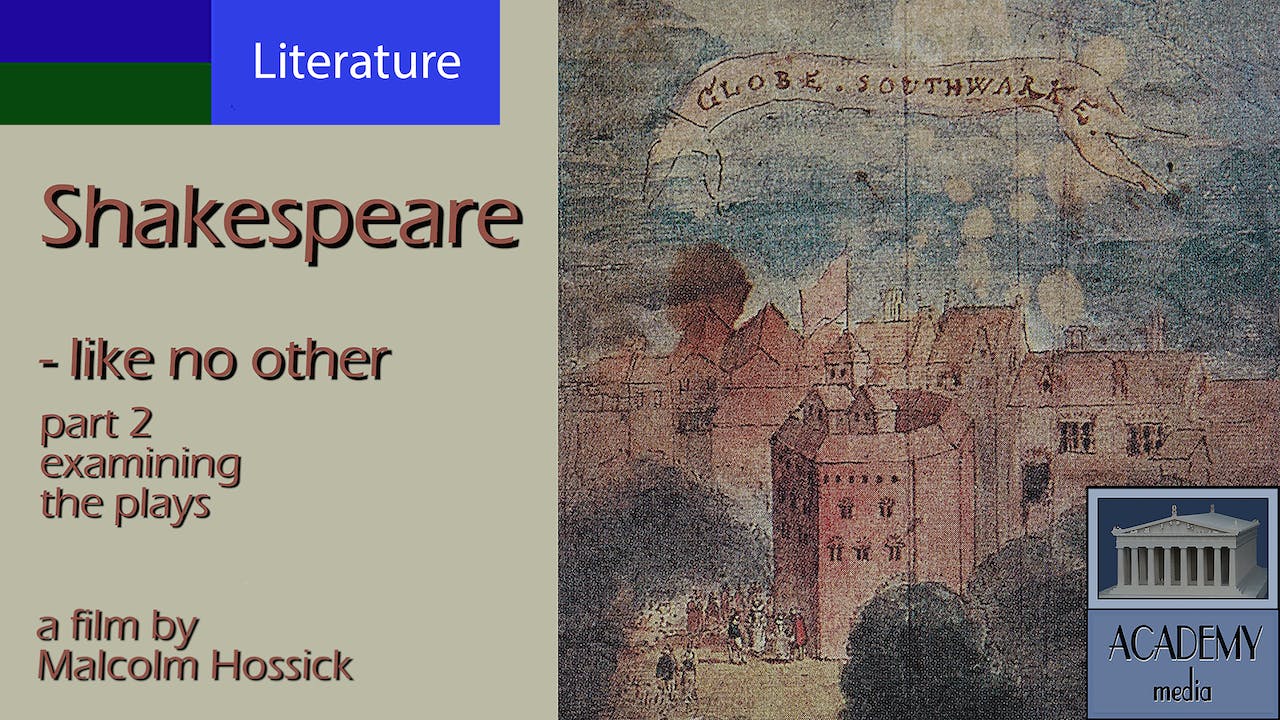 Part two looks at four of the plays in detail, the words, the images, the dramatic techniques he used. (Julius Caesar, The Merchant of Venice, Macbeth, The Tempest.) It's no use pretending that it is easy to get to grips with – the verse, the brilliant use of language and ideas - they are complicated and demanding. He writes words to be spoken on the stage, the scenes are all arranged for theatrical effect and he lived long before the novel was established, the staple of popular culture today. His vocabulary is enormous and he was educated in the Roman and Greek classics which most people don't get these days. But most of us can better rise to challenges than we often think we can and plumbing the depths of Shakespeare is to get at the heart of what it is to be a confident human being. In the measure of our time on earth Shakespeare wrote only yesterday and the delights and travails he deals with are with us today as ever. This film might just be a way into the astonishing worldview of William Shakespeare. AM104HD21 SHAKESPEARE – LIKE NO OTHER part 2 2021 42'51”