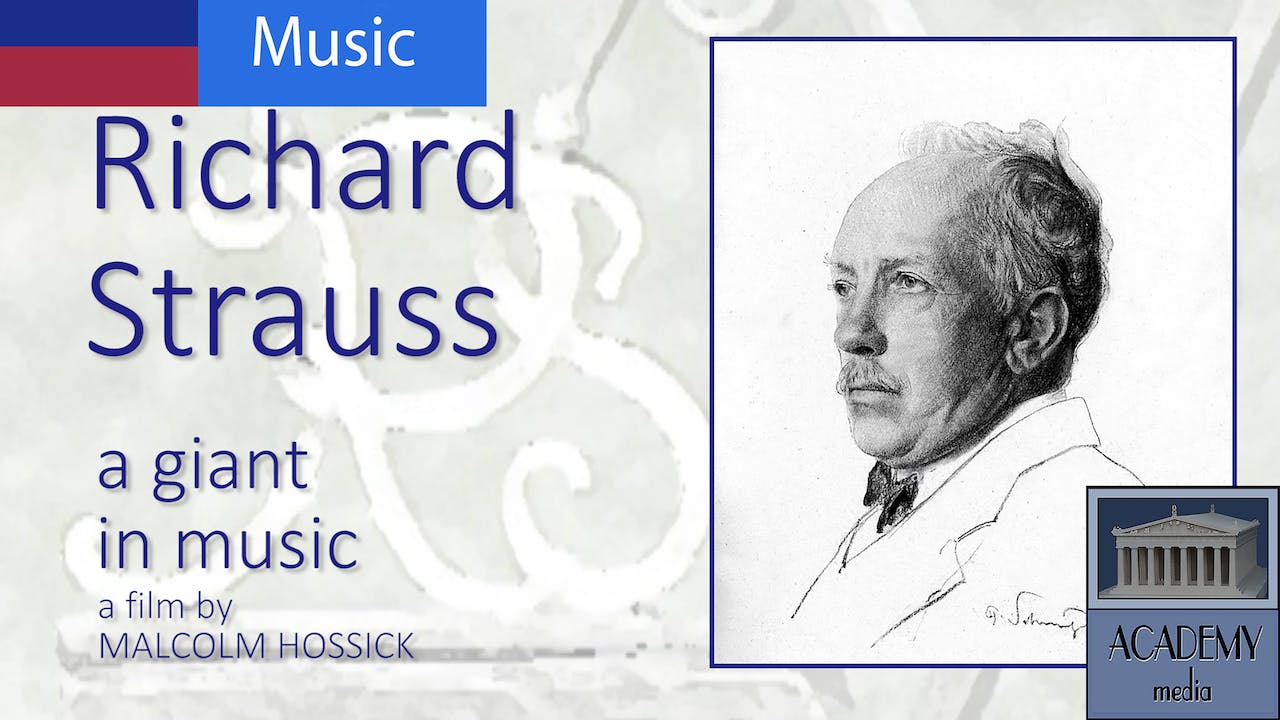 RICHARD STRAUSS – a giant in music

The lifetime of Richard Strauss straddled the two terrible wars of the first half of the 20th century. That such glorious music came out it is little short of a miracle. Strauss was born in Munich into a very musical family. He showed talent for composition at an early age and had his first symphony performed when he was only seventeen. He began conducting in various opera houses around Germany and was soon astounding the world with his wonderful music. He began with compositions for orchestra but became one of the leading composers of opera in the first half of the twentieth century. When the fabulous and charming melodies of Rosenkavalier are matched with the brutalities of Electra or Salome we have one of the most talented and exciting artists of all time in any field. The film by Malcolm Hossick traces his amazing career and is followed by an overview of his wide ranging works. AM074HD20 Strauss (Richard) 2020 dur: 34'42