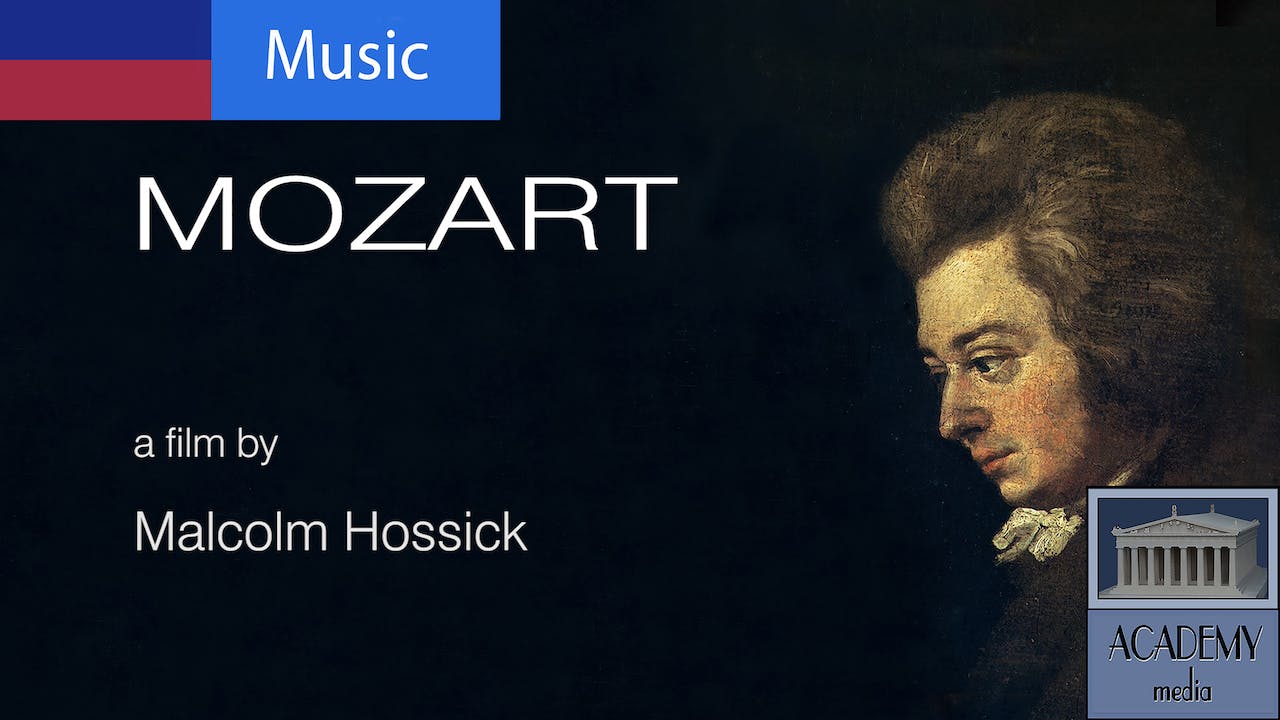 Super stars in any field are rare. Wolfgang Amadeus Mozart was certainly one. He was born into a musical family in 18th century Austria and his  extraordinary musical talent was evident at an early age. As a child prodigy he travelled to all the capitals of Europe and developed into one of the  greatest composers of all time. He wrote music in a variety of forms, excelling in chamber music for small groups for example but also as an early developer of opera dealing with the finer elements of human relations in subtle, charming and exciting ways. The film by Malcolm Hossick uncovers his delightful character and explores the difficulties he had to overcome to establish himself as an independent artist in an age when musicians were simply seen as the servants of the rich and powerful. The film is followed by a brief overview of Mozart's work. AM070HD19 2019 dur:36'22