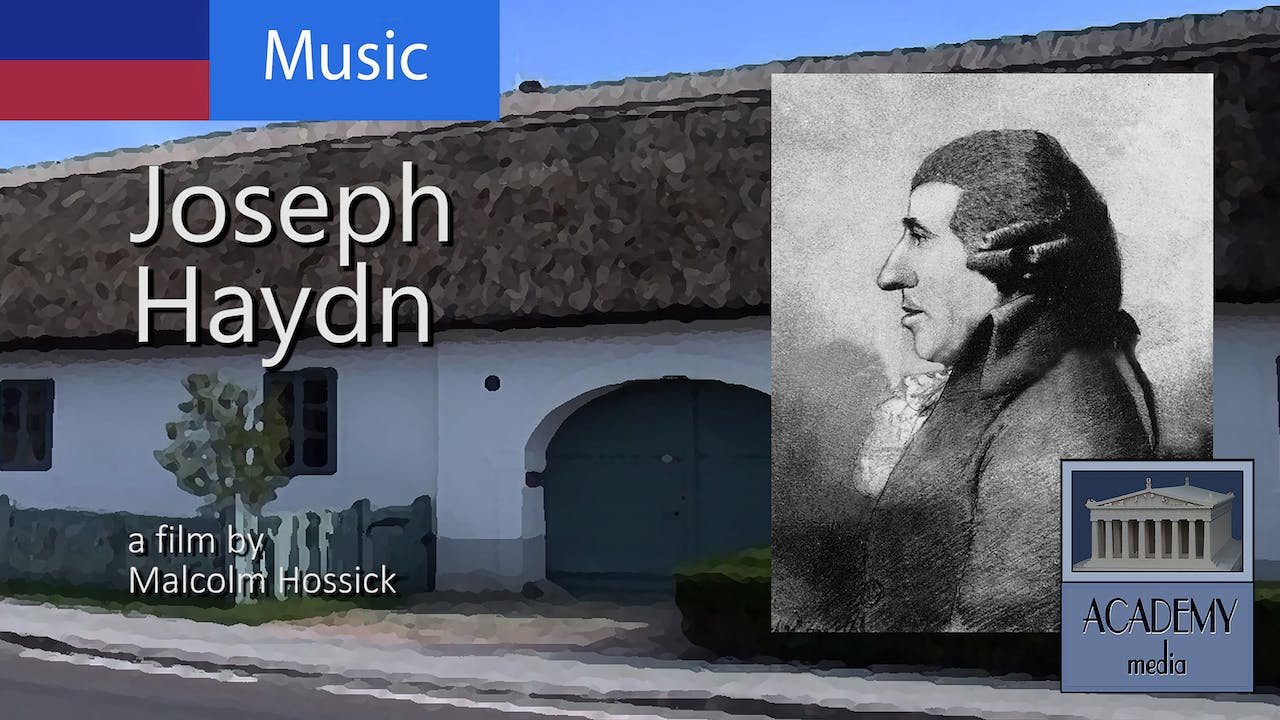 Poor boy makes good to an astonishing degree is the story of Joseph Haydn. He was born into a simple rural community where his father worked for the local landowner. Joseph's musical talents developed in local church choirs and his fine voice took him to the choir of St Stephen's in the heart of Vienna. He soon entered the employment of the princely Esterhazy family as their musical director with an orchestra and opera company at his disposal. There he remained until he was sixty – the perfect musical servant, writing a huge variety of fine works in many genres. However news of his talents had reached London and he was invited to give concerts there. It was a sort of rebirth for him. He wrote some new oratorios and other works to great acclaim and returned some years later to Austria an international figure in the musical world. The film follows his productive and fascinating life and is followed by an overview of his works. AM068HD17 Haydn 2017 35'31