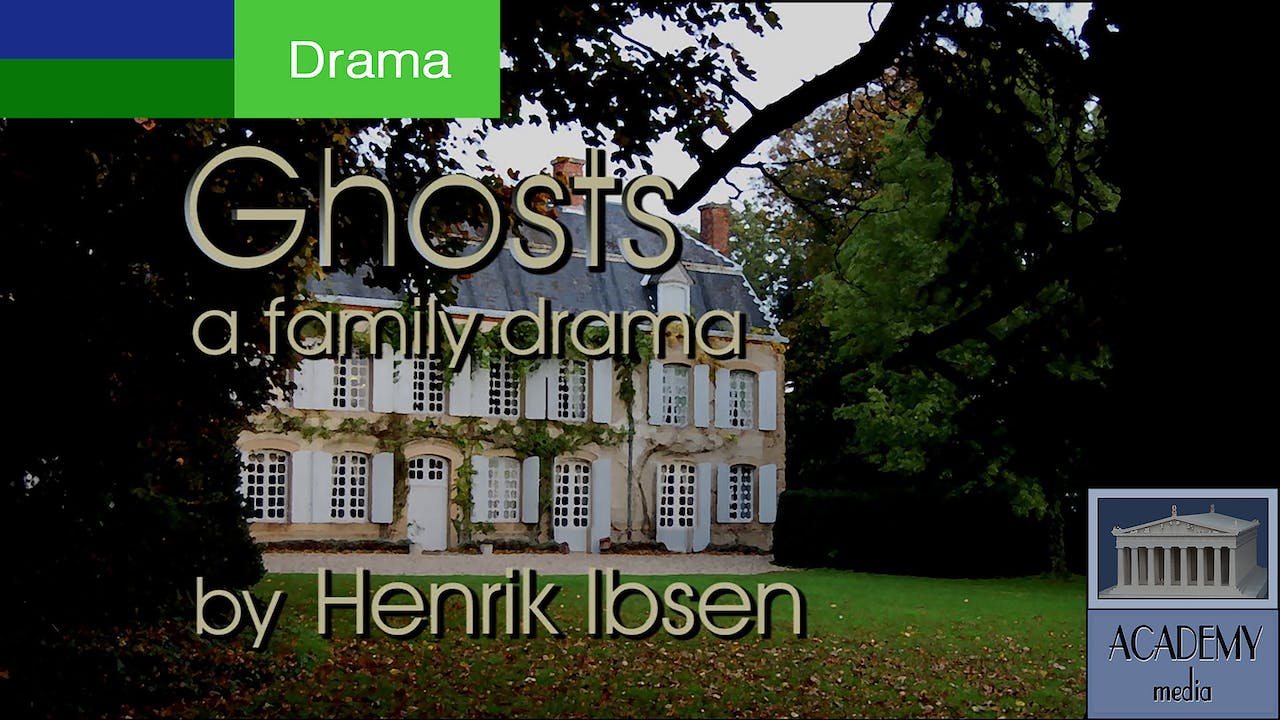 Ghosts: a play by Henrik Ibsen

Mrs Alving, a modern woman is a well off widow in late 19th century Norway. She is intending to build an orphanage as a memorial to her late husband. Her son has been educated away from home and is now an artist in Paris. He returns home it seems in time for the opening of the orphanage. Mrs Alving's friend and one time admirer, Pastor Manders is on hand to make all the arrangements. As the day progresses however everything turns out in unexpected ways. Nothing is as it seems.
The play created a storm in its own time. Sex and corruption were subjects off limits. Even Mrs Alving's own efforts to be 'honest' and liberal in her views turn out to be flawed. A fine cast and a deliberate effort to do it as Ibsen meant it to be done make for fascinating viewing.