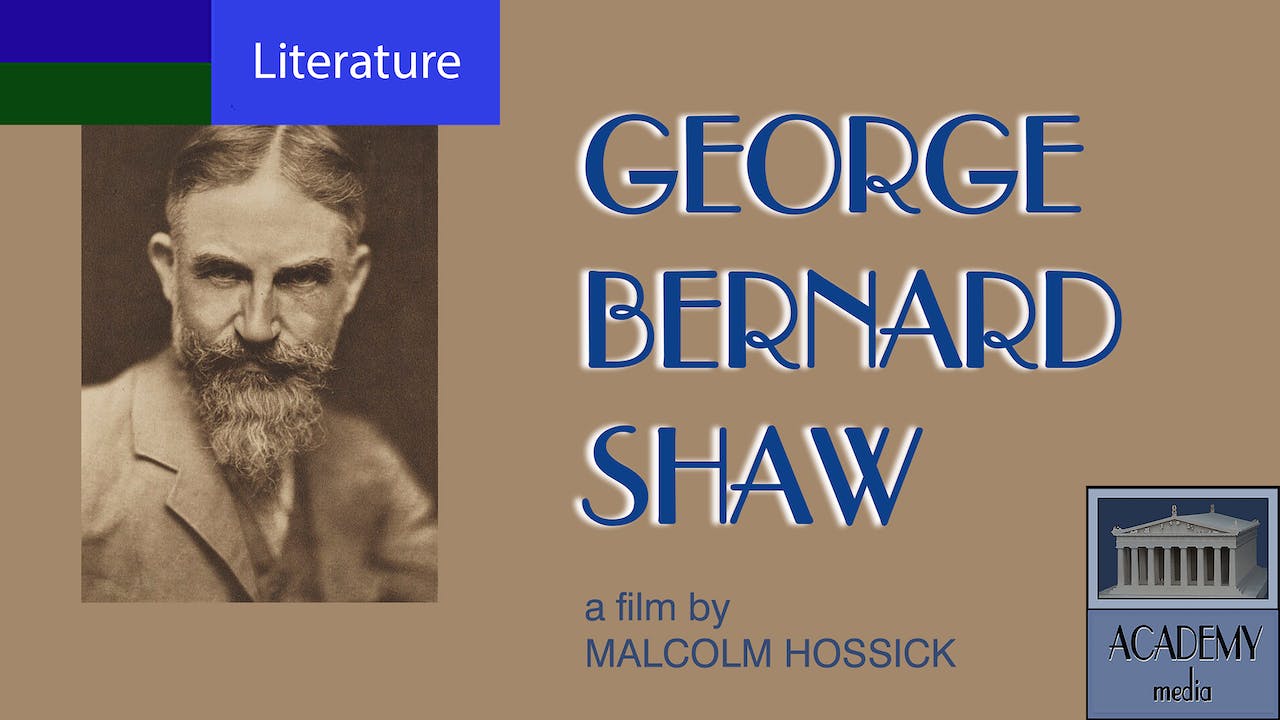 The irish writer George Bernard Shaw lived and worked well into his nineties so it’s not surprising to discover that he wrote lots of plays and lots of prose. He was also an irrepressible character so he was as well known for his loudly voiced opinions as he was for his art. Few of those who have seen the delightful musical film of his play ‘Pygmalion’ titled ‘My Fair Lady’ do not fall for its charms. But his massive output is very much concerned with the serious matters of life and he never shirked entering dangerous waters if his conscience demanded it of him. However his sense of humour rarely deserted him and while he toils at human weakness he also laughs. An account of his life is as diverting as any of his plays and it makes a great subject for this film. It’s followed by a brief outline of his works. AM040DV06 SHAW 2006 36'25