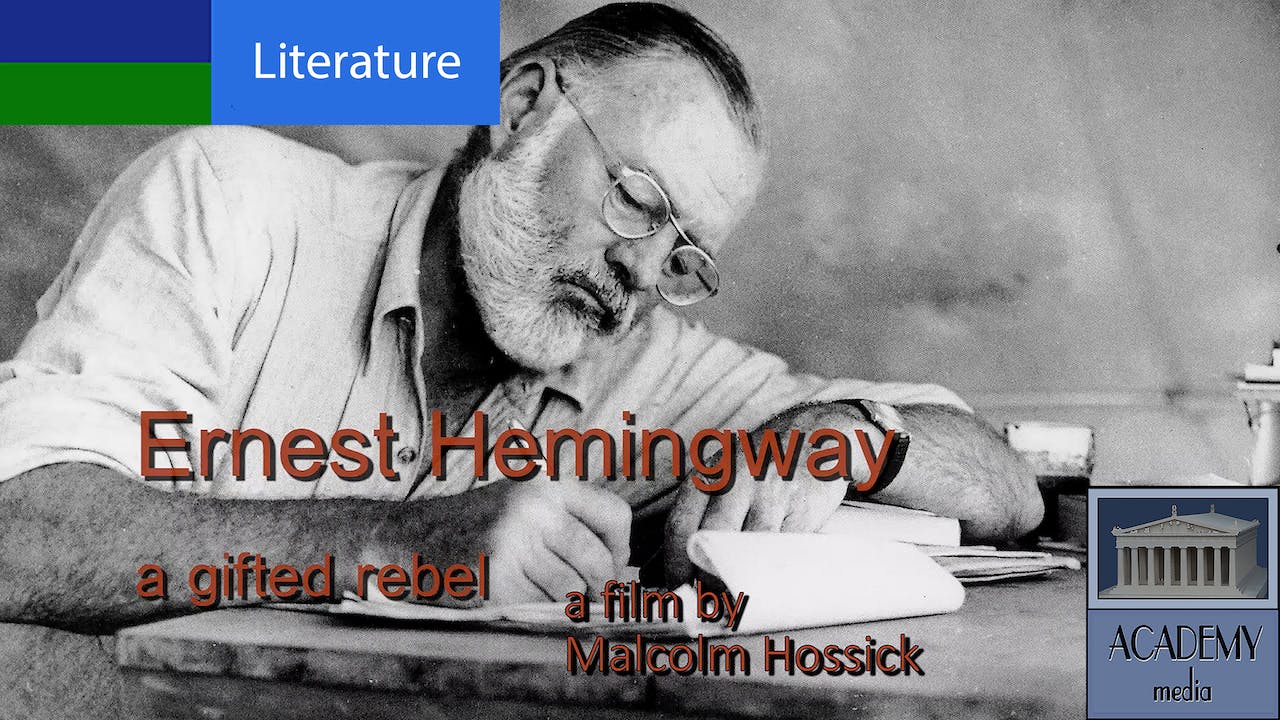 Ernest Hemingway was born in Oak Park, a wealthy suburb of Chicago. He became a reporter on the Kansas City Star at the age of 18, then went to Italy to serve for a few months in the war. His first novel was published in 1926 and he achieved tremendous popularity almost at once. His stories have a gritty realism and are written in an unusually terse style reflecting perhaps the difficulties of being a poet and a macho man at the same time. He was awarded the Nobel Prize for literature in 1954. The film thoughtfully covers his complicated and edgy personal life and background and is followed by a brief overview of his work. AM016HD19 HEMINGWAY 2019 dur: 33’55”