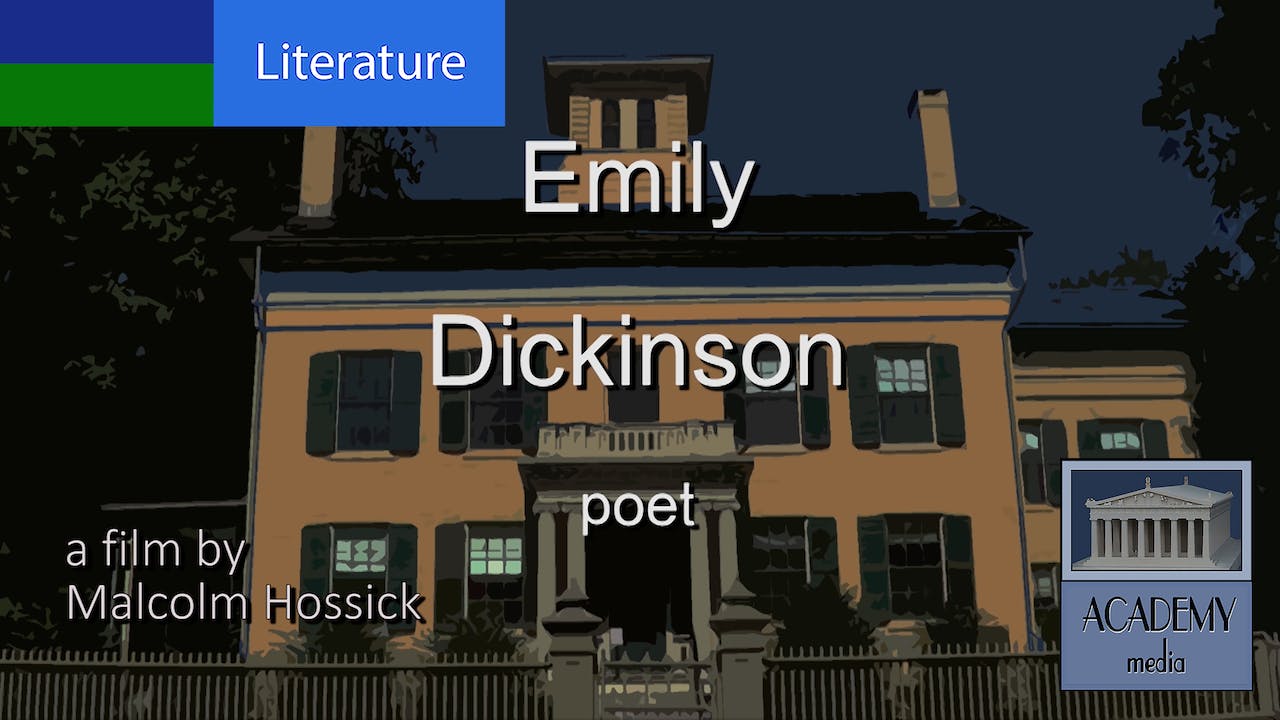 The film by Malcolm Hossick follows the life and work of the American poet Emily Dickinson. She was born and lived in the little New England town of Amherst where her father was a prominent lawyer. She lived a very reclusive life in a community bound together by strong religious views and where to be a creative artist and a woman was almost unheard of. The film follows the difficulties she encountered and how, remarkably, she wrote poetry which has found a deeply appreciative audience over the years and which still resonates today in our very different world. It is followed by a brief overview of her work. AM009HD17 DICKINSON 2017 dur:32'01