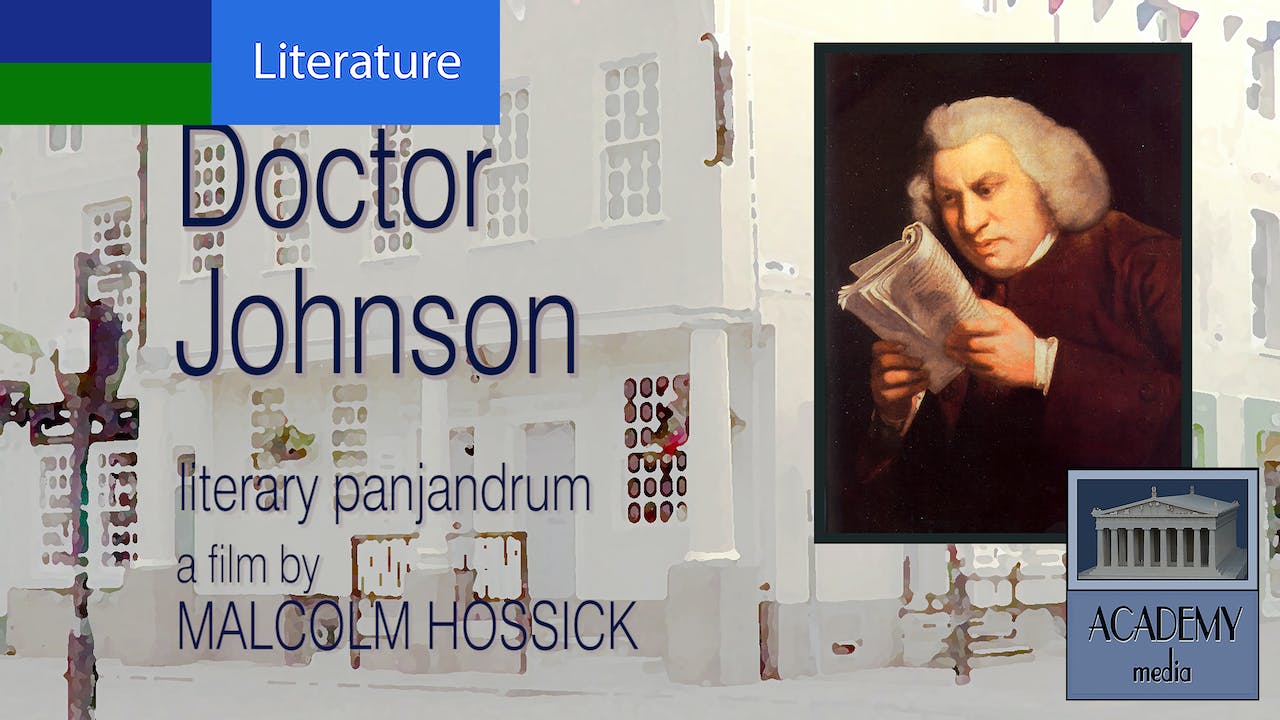 Johnson is not the usual literary figure with a bundle of novels to his name but he can claim to be an important force in developing literature all the same. He was born in the small country town of Lichfield in middle England. His father was a bookseller whose business was gradually failing. Johnson was educated at the local Lichfield Grammar School and from his earliest days was extremely bright academically while being at the same time extremely lazy. He was scarred by scrofula, partially deaf and blind in one eye. His greatest work was the first fully comprehensive dictionary of the English language. But he was equally famous for his brilliant conversation faithfully and amusingly recorded by his Scottish friend James Boswell. The  film generously covers his abrasive and entertaining life and background and is followed by a brief overview of his work. AM101HD21 JOHNSON 2021 dur:35'30