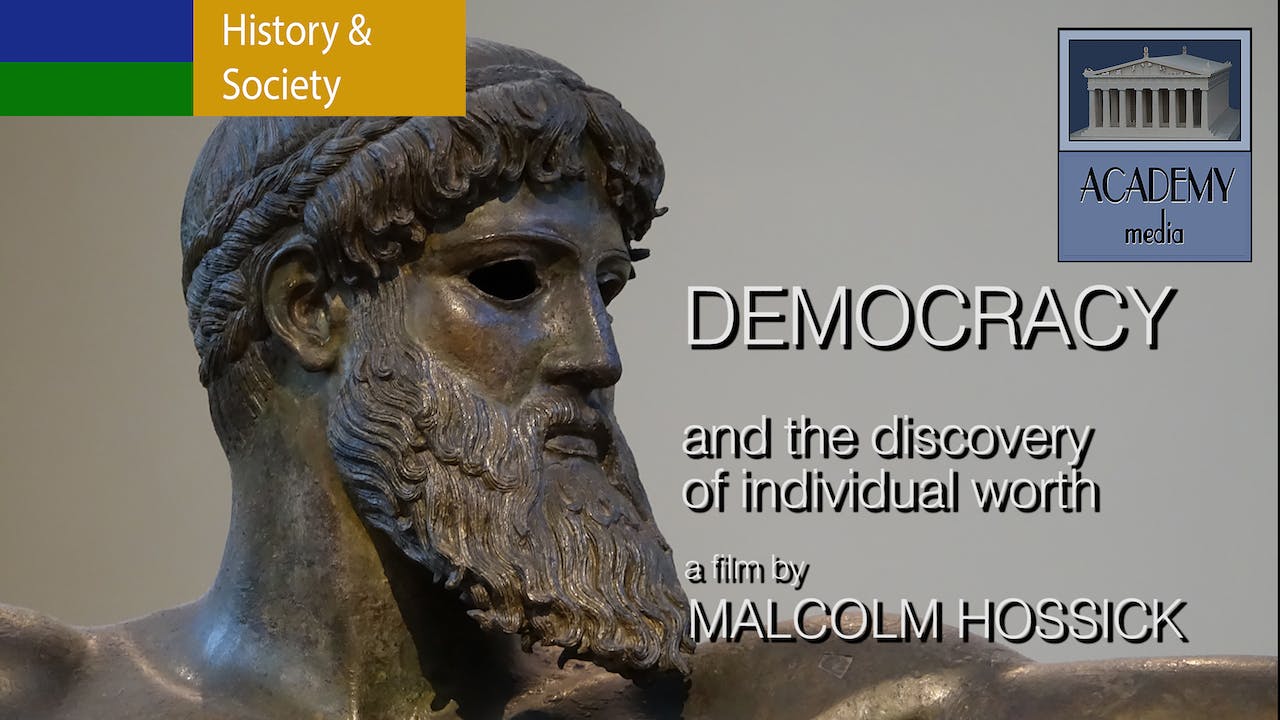 Democracy and the discovery of individual worth: a film by Malcolm Hossick.
Democracy is the hottest topic on earth you might say. Nations which adopt it far oustrip any others in human development and success. But hereditary rulers are not democratic. Familiy structures are not democratic. Most educational institutions are not democratic. Religions are not democratic. Most companies are not democratic. So to make headway and to keep going democracies have a lot to push against. This film examines the astonishing roots of democracy in ancient Greece. The idea of equality for everyone under the law is so powerful that it has somehow sustained over the centuries and is now the major driving force for the development of humanity across the earth. Reactionary forces who see themselves losing power and wealth, and the massive destruction that humans have largely unwittingly brought upon the natural world we all inhabit mean that keeping things going, improving the lot of the individual is a massive task. The film explores how democracy has its effect and outlines the compromise and humility on the part of all of us humans needed to keep it going fruitfully forward. AM055HD20 Democracy 2020 50'51