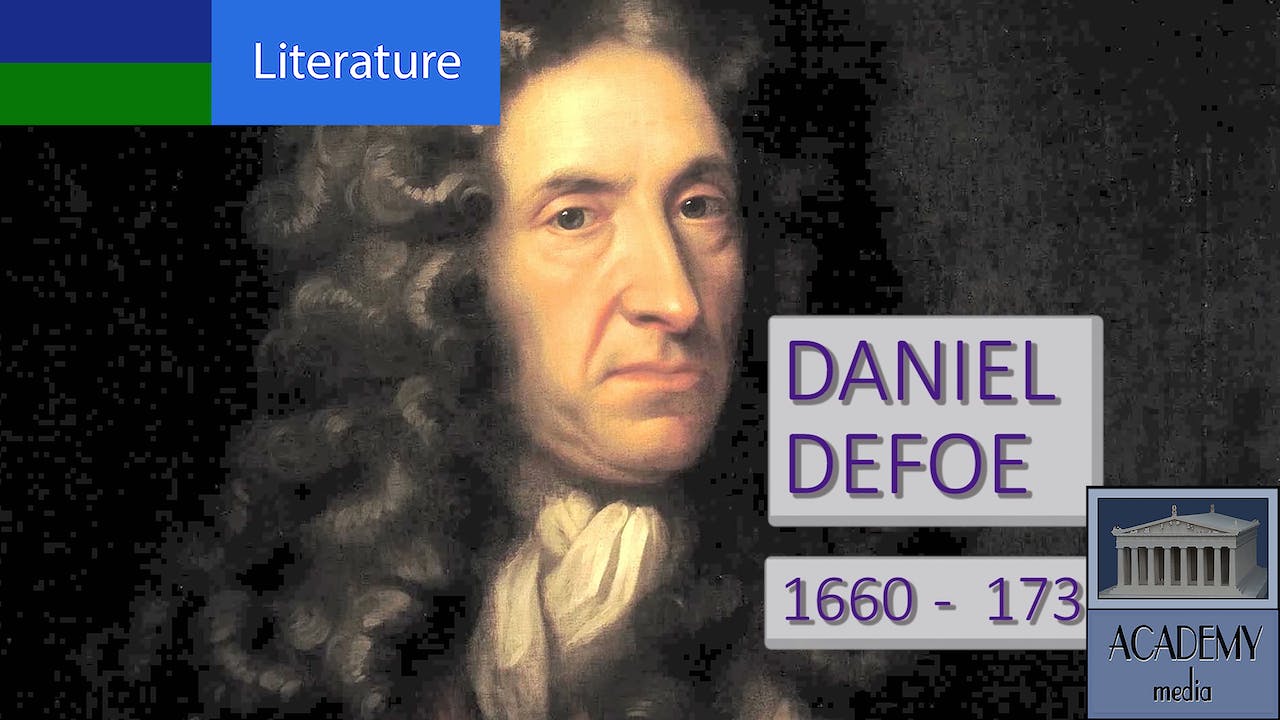 Daniel Foe was born in Cripplegate, London in 1660, the son of a tallow chandler. His father was a dissenter in religion with strong puritan views. Defoe was sent to a dissenters academy in Newington where he received a good education. But his religious views cut him off from the mainstream activities of protestant English life so he began the astonishing variety of projects which coloured his life. He began working as a journalist as well as being a secret agent for the government. He travelled widely throughout Britain and in his later years successfully published many works of fiction by which we principally remember him. Robinson Crusoe is his most popular book but as the film makes clear for sheer industry in an immensely varied and active life Defoe can’t be bettered. After all that, he died in poverty in London in 1731. Defoe is irresistible. The film is followed by a brief overview of his works. 2nd edition AM007HD16 DEFOE 2016 35'33