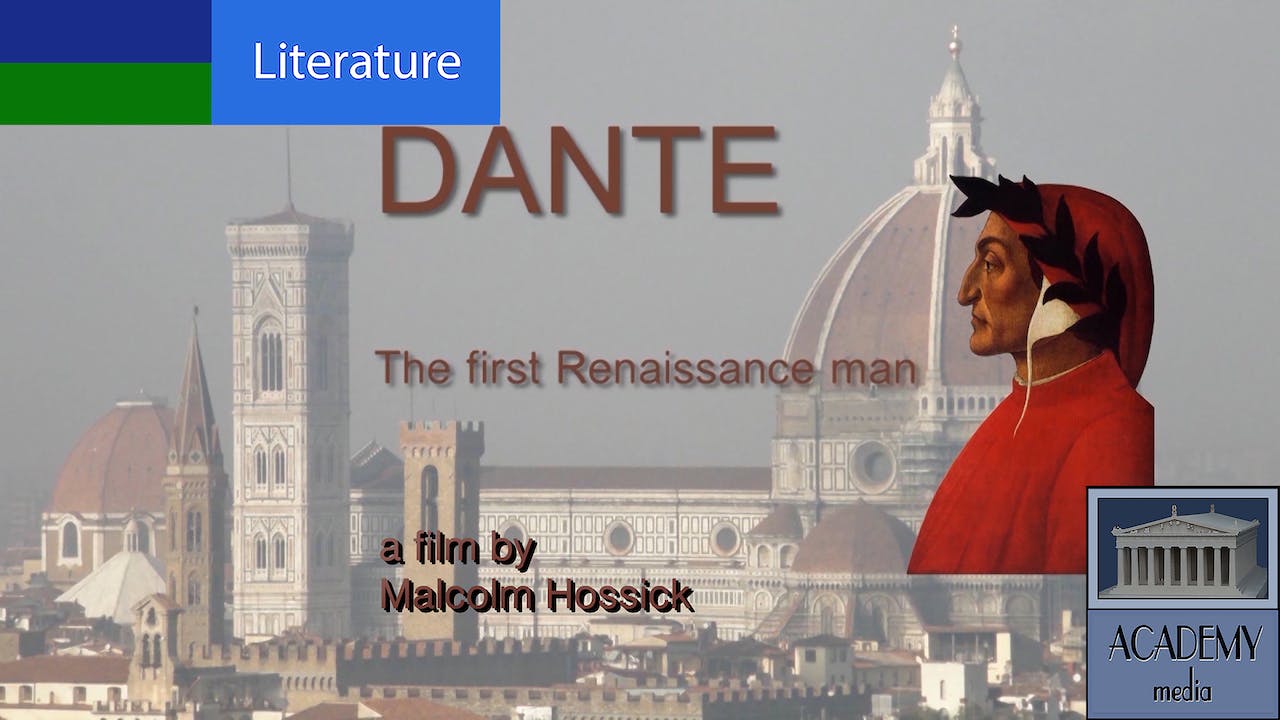 Born in Florence, Italy and a writer whose major work is a vast poem called The Divine Comedy about a journey to the underworld, Dante might be thought a tall order for most people to digest 750 years later. However for sheer imaginative power Dante is hard to beat. This film by Malcolm Hossick uncovers the background of history from which he came and the way in which he helped to establish a new view of the world where individuals mattered more than rulers and authoritarian religion. AM006HD13 DANTE 2013 1hr 20'20