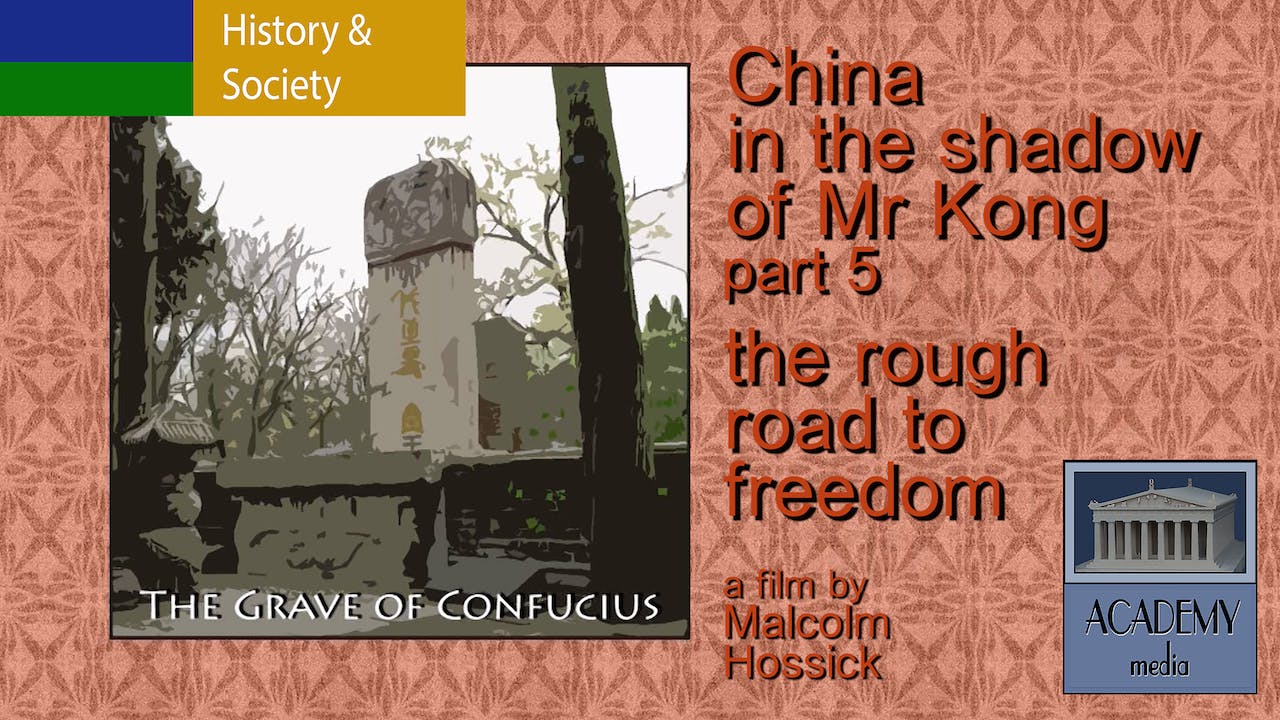 CHINA IN THE SHADOW OF MR KONG pt5 - to Freedom

CHINA IN THE SHADOW OF MR KONG PART 5 : THE ROUGH ROAD TO FREEDOM

1. Outside interference : Foreign powers staked their claims all around China's coasts; missionaries promoted their faiths

2.Taiping Rebellion - Driven partly by the injustices suffered by the poor and a muddled view of the religious beliefs imported by western missionaries, the Taiping Rebellion rocked China to the core.

3.Japan - Japan, looked down on by the Chinese as of little import, displays how it has adapted to the times as the Chinese have not.

4.The Boxers and the end of the empire - As the empire collapses, a secret society called the Boxers feebly attempts to drive out the foreigners.

5.Japan and the Communist takeover - Japan invades and after the second world war the Communists take over and impose order.