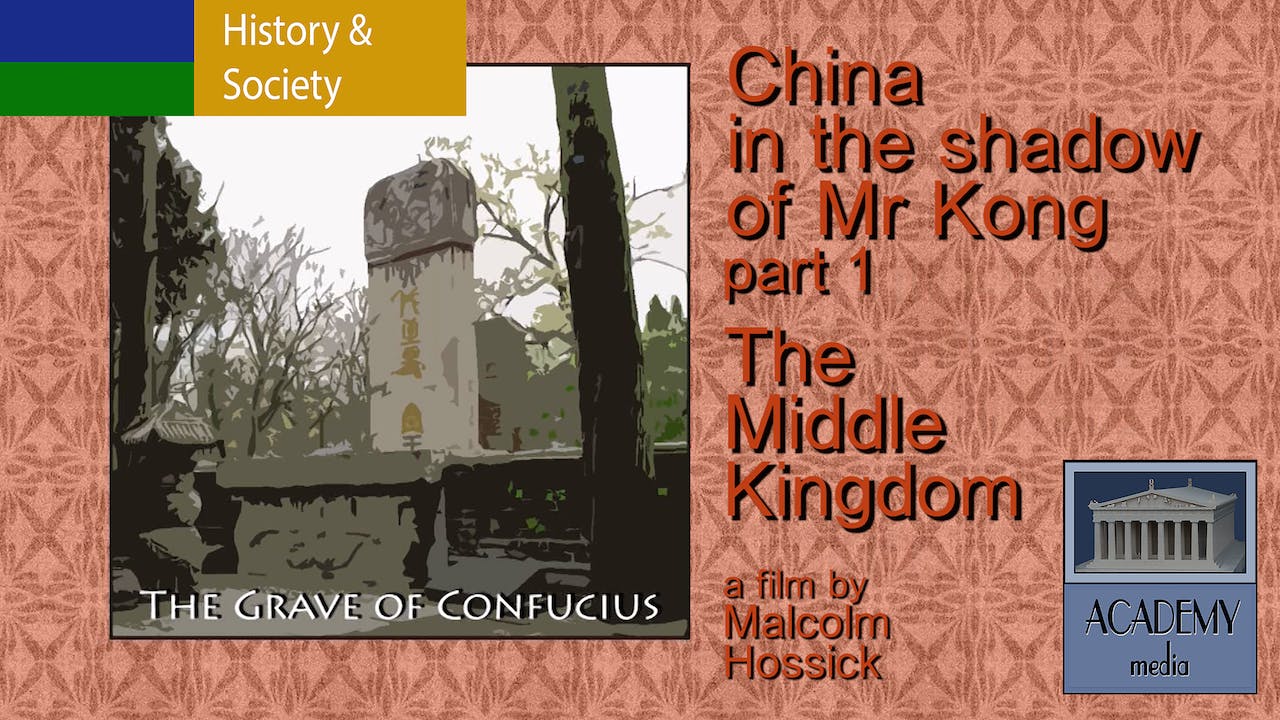 CHINA IN THE SHADOW OF MR KONG pt1 Middle KIngdom

CHINA IN THE SHADOW OF MR KONG PART 1: THE MIDDLE KINGDOM

1.The Middle Kingdom today - how China is viewed through the eyes of the democratic nations of the world.

2.Geography -The all important geography of China and how it has affected China’s past.

4.About Confucius - Confucius and his thinking, and how he came to dominate the Chinese world view.

5.Writing and control - The establishment of the Chinese character script and how it affected the controls of government.

6.Modern China - The establishment of modern China and its current undemocratic government.